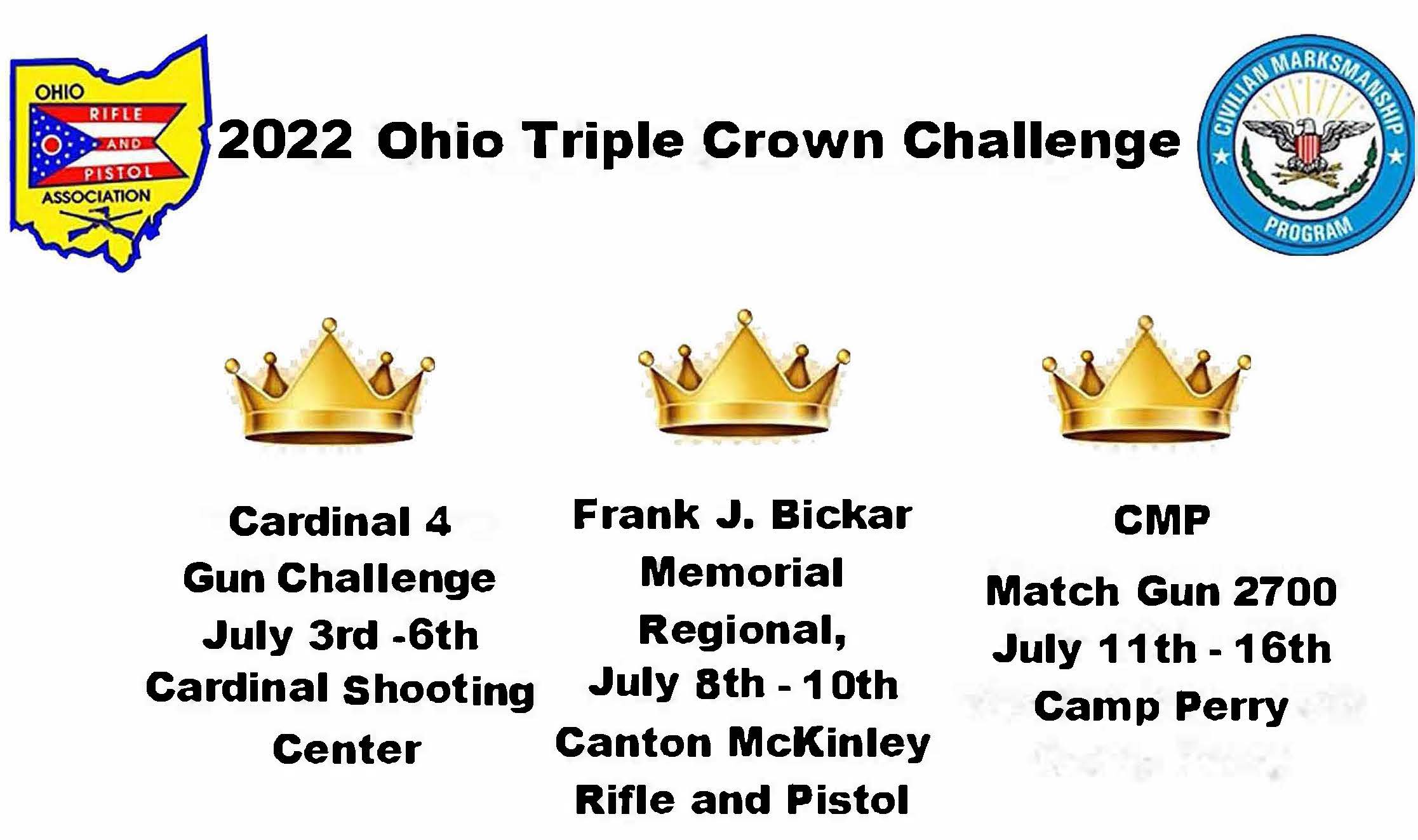 The Ohio Triple Crown is a three-match aggregate match derived from the top three 2700 matches in the state.

First is the second annual Cardinal 4 Gun Showdown that starts July 3rd – July 6th. July 3rd will be a Practice and Registration Day with Matches beginning on the 4th through the 6th.

This match is located at the new Cardinal Shooting Center in Marengo, Ohio.  The Cardinal Center opened its doors in 2005 as a shotgun facility and now boasts the third-largest Trapline in the United States.

Next is the time-honored Frank J. Bickar Memorial Regional, which runs July 8th – July 10th. With Practice and Registration on the 8th and matches beginning on the 9th and the 10th.

This match has been held at the Canton Mckinley Rifle and Pistol Club for decades.

Competitors have been coming to this match for as long as most can remember. The camaraderie during shooting events and delicious dinners make this match a must for competitors. Canton-McKinley, with its 86 firing points, has been the mainstay of precision pistol shooting and plans to continue.

Finally, the newest and soon to be the largest 2700 match, and the final leg of the Triple Crown will be the Civilian Marksmanship Program’s “ Match Gun”  2700.  This weeklong match,  at the historic ranges of Camp Perry, will follow the traditions of the past and add a few new opportunities for competitors. Starting July 11th and running through July 16th.

On July 18th, there will be a major Vendor day, with all of the best vendors in the competition sector.

July 12th is the historic service Pistol Presidents 100, the NTI, and the NTT. July 13th will be the CMP pistol Games and industry day.  The CMP has stepped up, listened, and has given the competitors what they have asked for.

Stay tuned for the details, and start making your plans and reservations now for the new and exciting first annual pistol shooting sabbatical that is The Ohio Triple Crown! 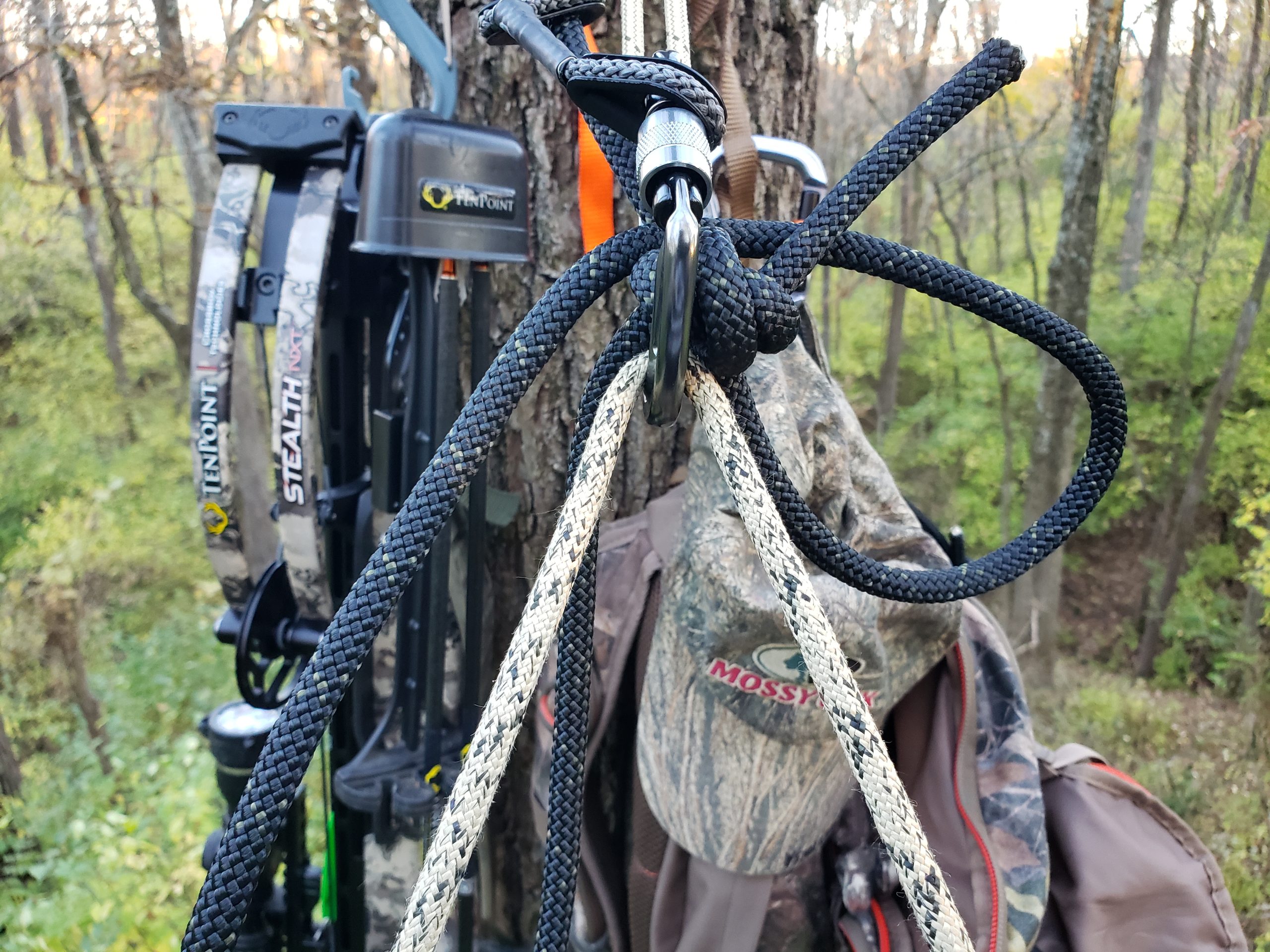 All across Ohio hunters took advantage of the Bonus firearm season harvest 15,000 deer that will feed their families and others through the Farmers and Hunters Feeding the Hungry (FHFH) program.  The harvest has been above the three year average even with the EHD...
Read More

For the hunters that pursue water fowl you can find the ODNR survey a useful tool in determining when birds are starting to migrate at a lot of the major lakes around Ohio.  As well as information on Goose migration,  dabbler ducks, diver ducks, swans, and Sandhill...
Read More

The Ohio Spring 2022 Turkey season saw another decline in the number of turkeys taken.  The ODNR credits the decline to lower turkey numbers, fewer hunters, and the weather.  All parts play into the turkey harvest.  Reducing the harvest to one turkey per hunter also...
Read More

The 2022-2023 Hunting Season dates have been set with changes in turkey bag limits, deer back limits, and CWD surveillance zones To read the ODNR news release click on this link:...
Read More

The 2021/2022 Deer season results are in and it was the largest number of deer taken since 2013. Read the entire report here from the ODNR. https://ohiodnr.gov/discover-and-learn/safety-conservation/about-ODNR/news/2020-21-deer-season-concludes
Read More