The most popular form of organized rifle-only competitive shooting in the United States is NRA High Power Competition.

Long-range is a sub-discipline of highpower rifle shooting which is shot at 800-1,000 yards. The matches are shot in prone only. Ohio hosts matches for Long-range shooters on Camp Perry’s 1000-yard Viale Range. Each year ORPA enters several Long-range teams into the National Matches in August. At the 2012 Long-Range Championship, eight of the top ten spots for the master class were held by military shooters, but the two which belonged to civilians were won by ORPA members Ed Agle and Ed Shank. ORPA’s adult long-range team won first place in the state association category.

In order to become a new Long Range Shooter, one begins in regular Highpower shooting. When range time is available, high-power shooters try shooting at longer distances. Because Camp Perry is in Ohio, ORPA shooters have access to the range several times per year and are better prepared for Camp Perry.

For more information on learning to shoot long-range high-power or on joining an ORPA Long-range team contact Ed Shank by email at long_range@orpa.net 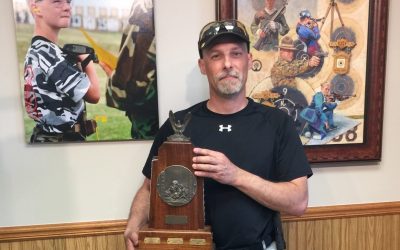 Hello Shooters, Thank you all for coming out and making the 2018 ORPA Highpower match at Camp Perry a success!   Pictured to the left is Roy Mitchell the ORPA State Service Rifle Champion.  Roy shot a 788 with 34 X's.  In second place in Service Rifle was David...